Metastatic Breast Cancer (MBC), also called advanced breast cancer (ABC) and secondary breast cancer, means that the cancer has spread from where it started in the breast to other parts of the body.

Table. Estimated numbers and age-standardised breast cancer incidence and mortality rates* in women per 100,000 in 2018.3 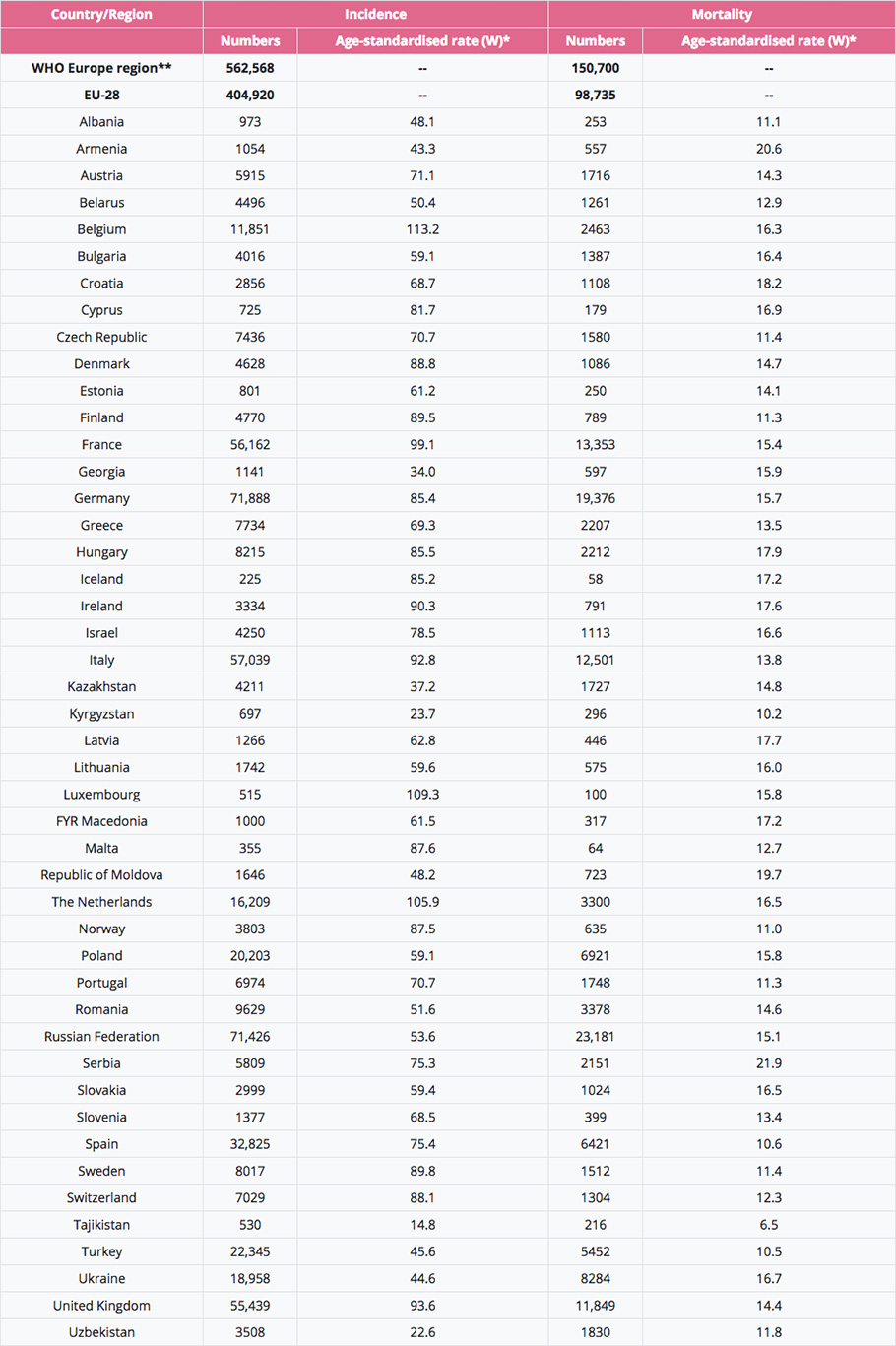 **WHO Europe region includes 53 countries. Incidence data include all countries except for Andorra, Monaco and San Marino.